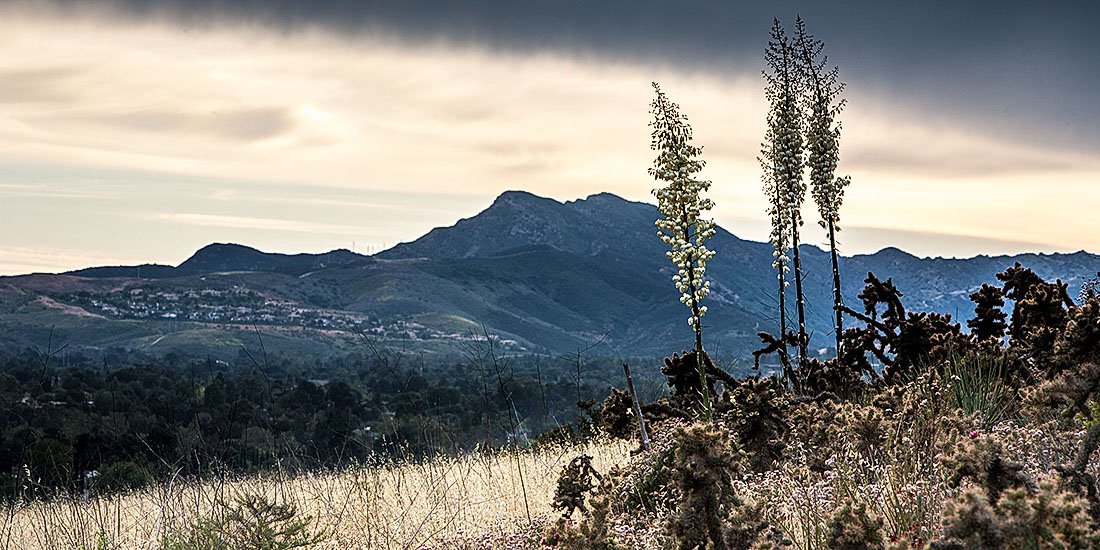 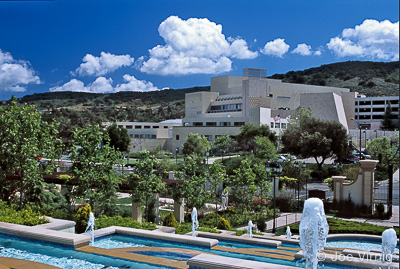 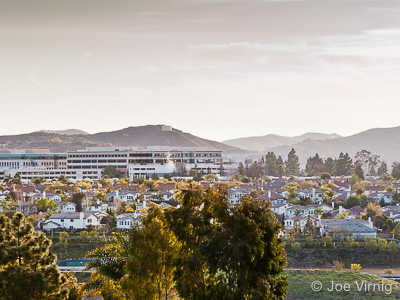 Newbury Park is located in the westernmost part of the city within the 91320 zip code. This area was formerly in the unincorporated area of Ventura County, but now is part of the city of Thousand Oaks. The only adjacent communities that chose to remain county areas are Casa Conejo, which was Newbury Park's first planned community built from the 1960s, and the Lynn Ranch neighborhood. Thousand Oaks has also annexed the parts of neighboring Westlake Village that were located in Ventura County.

Thousand Oaks has a downtown area around the Janss Marketplace mall, The Oaks mall, and West Thousand Oaks Blvd.  The majority of the city's residents live in suburban communities a distance from the commercial centers. 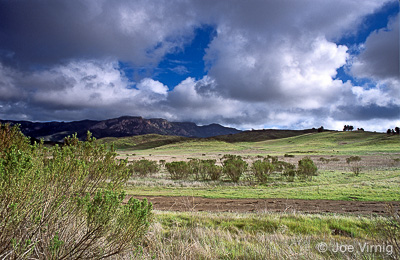 Thousand Oaks has a mild Mediterranean climate with warm, sunny, dry summers and cool, rainy winters. The area has slightly cooler temperatures than the surrounding areas in east Ventura County, as it receives cooler air from the ocean through various hill and mountain passes but it is significantly warmer in the summertime than the coastal communities in West Ventura County. Thousand Oaks is one of the safest large cities in the country, consistently ranking as the first or second safest city with a population between 100,000 and 499,999 in annual surveys.

Come see us at this 4 bedroom, 3 bath guard gated Rancho Conejo home. Bright and light with soaring ceilings and a sweeping staircase open to the living and formal dining...

One of a kind Southern California indoor/outdoor triplex in the Newbury Park community. It has panoramic views of the city and mountains from every room. Each of the 3 ...

Remodeled single story with sprawling mature and productive orchard on a unique gem of a 0.86 acre usable corner lot in Conejo Oaks. New CA legislation SB9 may apply for...

RARE MID-CENTURY MODERN THOUSAND OAKS GEM!! From the moment you pull up to this one-of-a-kind sleek split level home on a large corner lot, you'll get that ''Mad Men'' si...

Entertainer's dream! This beautiful Conejo Oaks single story is on a private cul-de-sac, sitting on a 23,000+ sf lot. The ranch style estate has 4 bedrooms and 4.5 bathro...

Beautiful, bright and open describes this end unit Aldea townhome! Prime location in the complex that offers quiet surroundings and privacy that will make you feel right...

One of the hidden gems of Thousand Oaks, this single story ranch style home is situated perfectly on an oversized lot with privacy and custom charm. The house features an...

LOCATION, LOCATION!! Welcome to the highly sought after private community of Chanteclair Estates! This community provides a 24-hour guard gated entrance and is GORGEOUS!!...

Based on information from California Regional Multiple Listing Service, Inc. as of . This information is for your personal, non-commercial use and may not be used for any purpose other than to identify prospective properties you may be interested in purchasing. Display of MLS data is usually deemed reliable but is NOT guaranteed accurate by the MLS. Buyers are responsible for verifying the accuracy of all information and should investigate the data themselves or retain appropriate professionals. Information from sources other than the Listing Agent may have been included in the MLS data. Unless otherwise specified in writing, Broker/Agent has not and will not verify any information obtained from other sources. The Broker/Agent providing the information contained herein may or may not have been the Listing and/or Selling Agent.