A Day at the Mullin Automotive Museum in Oxnard 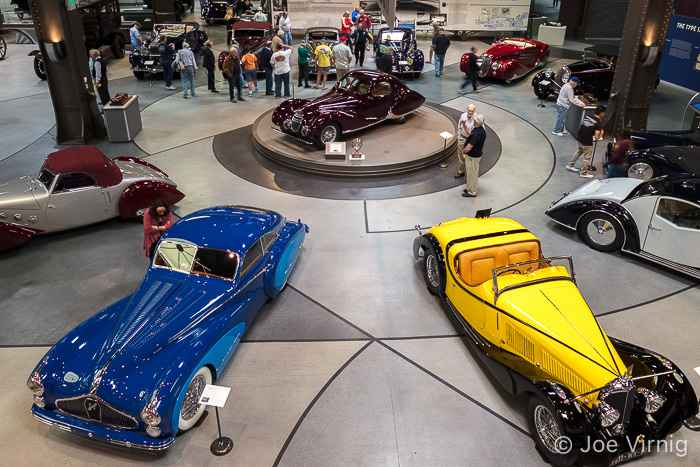 I don’t know what took me so long but last week I finally visited the Mullin Car Museum in Oxnard. It’s been here since 2010 at 1421 Emerson Ave in Oxnard in the same building the late Otis Chandler’s car collection was housed. To be honest, I’m not a car enthusiast which might be part of the reason I hadn't seen it yet. It also takes a bit of planning since it’s only 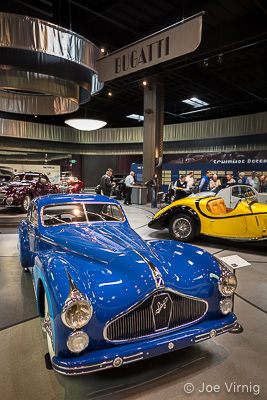 open to the public a couple of days each month.  However, it is definitely worth the effort. The museum has a marvelous collection and it is beautifully presented. The building is in the Art Deco style, complementing the era of the cars. You don’t have to be a car aficionado to appreciate the sleek lines and sexy curves of these classic vehicles. I arrived about a ½ hour after they opened that Saturday morning and there were a surprising number of people already there.

I passed on taking the guided tour since I wanted to take photos before it became too crowded but I caught bits and pieces of what the tour guides were saying and will go back another time for the complete experience. 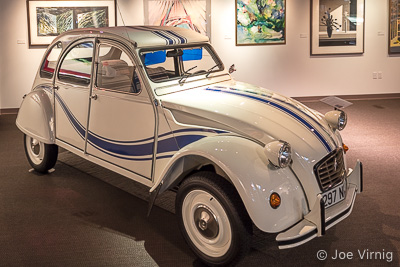 The photographic opportunities were fantastic because you can get right up close to these cars but there are some challenges as well. Tripods are not allowed and you can’t bring in a camera bag. Thank goodness I had the 16-35mm f/4L image stabilized lens on my Canon 5dsr camera that allowed me to handhold at shutter speeds as slow as 1/10 of a second. Even with that I had to shoot at ISO 800 and take several shots to capture one sharp image. 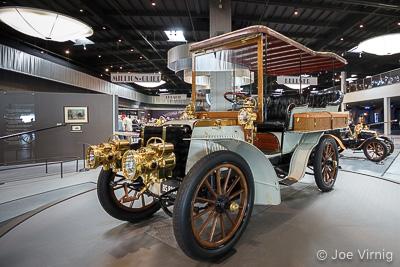 I spent the next couple of hours photographing the cars and museum starting with the touring cars on the ground level and working my way to the race cars upstairs. If I hadn’t had an afternoon appointment to show homes, I might very well have spent the entire day there.

For more information on the days the museum is open and to plan your own visit, see the Mullin Automotive Museum website. 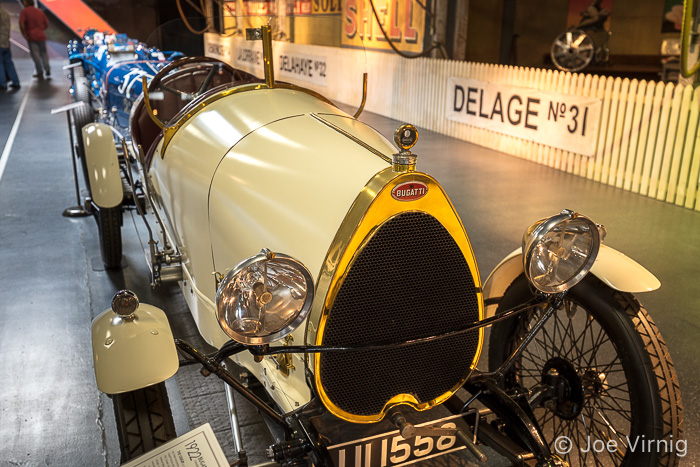 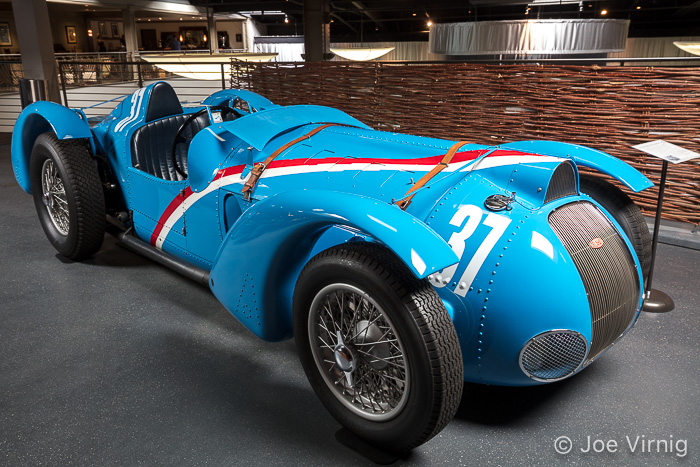 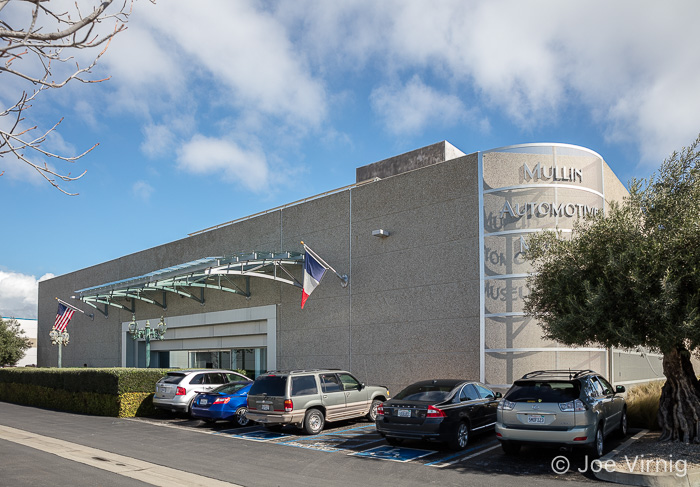 Oxnard must have won the automobile car museum lottery having two world class car museums calling Oxnard home. Oxnard's other auto museum is the Murphy Auto Museum and it is less than half a mile south of the Mullin Auto Museum.