Egrets, Herons and Trout, Oh My! 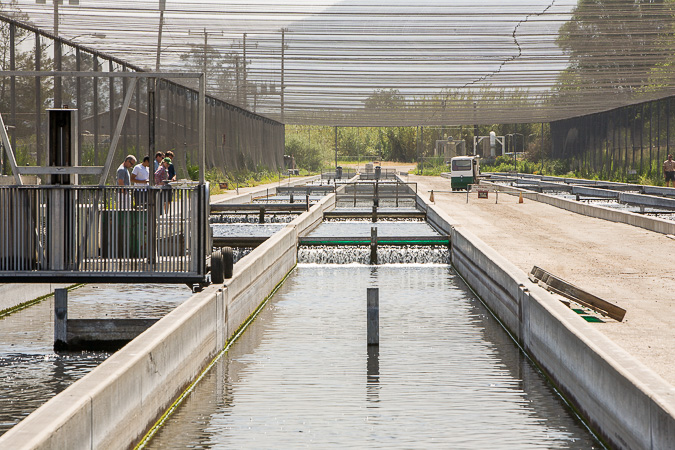 Last Saturday I was previewing Fillmore homes for a buyer and passed the Fillmore Fish Hatchery sign along Highway 126 and decided to stop by for a visit.  I’ve been there before and it’s kind of a interesting place to walk around.  The signs 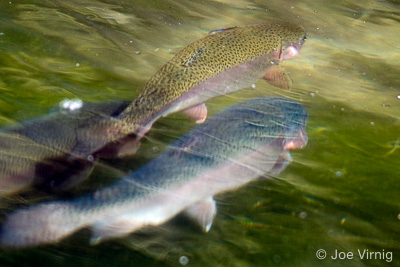 outside the hatchery fill us in on the details.  The hatchery was dedicated in 1932 and is one of 21 hatcheries managed and operated by the California Department of Fish and Game.

The Fillmore Hatchery produces approximately one million rainbow trout (about 400,000 pounds of fish) annually.  The water at the hatchery comes from four large wells and is kept at a constant 59° Fahrenheit.  The water is pumped from below the surface and afterwards it is used for agriculture.  Netting covers the concrete tanks the fish are raised in to protect them from the birds that used to eat almost 30% of the fish each year.  The fish are fed three to ten times a day (about 2,000 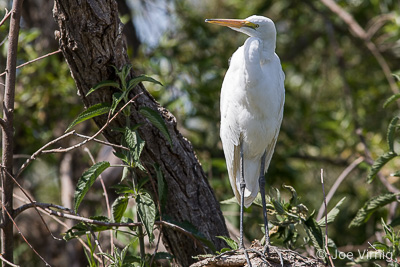 pounds!)  Each pond is 100 feet long, 10 feet wide and 30 inches deep.  At nine months the fish weigh about a third of a pound each and are seven to eight inches long.  About 40 fishing sites are stocked with rainbow trout raised at the Fillmore Hatchery.

Okay, the fish are cool, and I’ll get back to them in a moment but the birds hanging around run-off creek caught my attention right away.  Most of the time it is hard to get close enough to herons and egrets to take good photos but these were accustomed to people and ignored me as I snapped away. 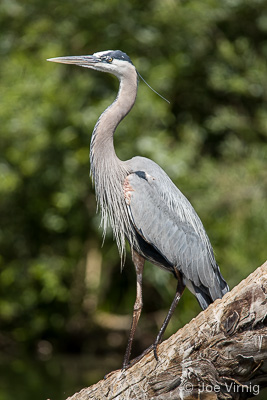 There were also some monster Rainbows hanging around in the water pooling outside the fence.  I saw several that I thought were carp at first glance.  They were huge!  Good thing for them no fishing is allowed between the hatchery and a private farm downstream that uses the creek for irrigation.  Those fish were pretty hard to take photos of since the automatic focus on the camera kept locking onto the surface of the water and not the fish.  I eventually had to turn off the auto-focus and focus manually.  I spent almost half an hour watching and photographing the birds.

I turned my attention back to the fish tanks just in time to get a couple of photos at feeding time.  The truck at the right traveled along the length of the tanks shooting out food as he went.  Despite the fact the fish had just been fed, I could not resist buying a quarter’s worth of food from a vending machine and feeding them myself.  If you decide to visit (and you should) take your camera.  The Fillmore Fish Hatchery affords a rare chance to see wild birds up close.  The facility is located between Piru and Santa Clarita along Highway 126. 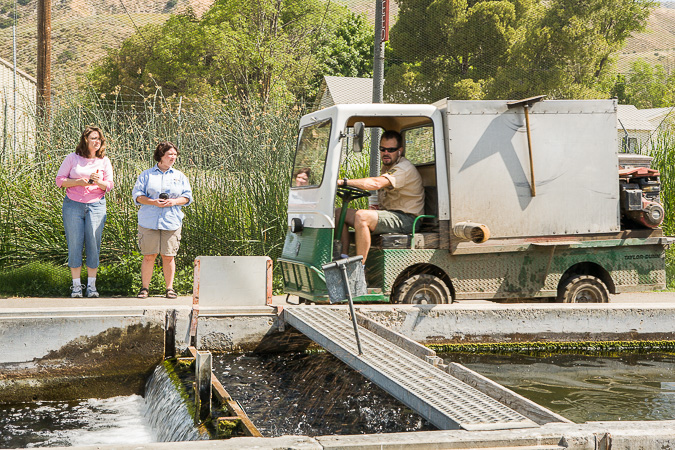 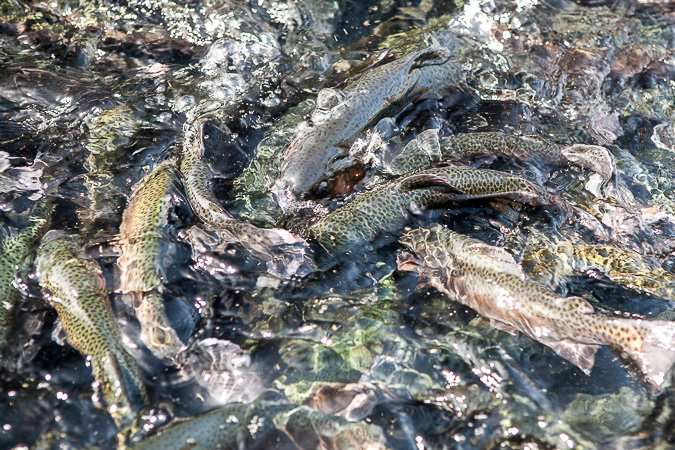